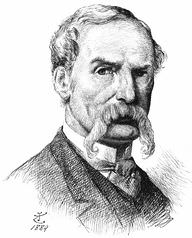 Known for his work in Punch magazine and illustrations for "Through the Looking-Glass” (1892) and "Alice's Adventures in Wonderland" (1865), Sir John Tenniel is one of the acclaimed Victorian illustrators.

His first painting was sent to the Society of British Artists exhibition in 1836 while studying at the Royal Academy of Arts. After submitting a 16-foot cartoon to the competition for designs for the stencil decoration of Westminster, he received £100 and a contract for a fresco in the Upper Waiting Hall in the House of Lords.

At Punch Magazine, he succeeded his buddy John Leech as the primary cartoonist following Leech's passing in 1964. Over the course of his tenure, he came out with thousands of cartoons, many of which served as an inspiration for well-known illustrators like Arthur Rackham.

With his help, Lewis Carroll's "Alice in Wonderland" was first published in 1865, selling 2,000 copies of the first print in the United States.

After Julia Giani, his wife of two years, passed away in 1867, he never wed again.

John Tenniel lost the sight in his right eye when he was 20.

For his contribution to illustration and other public service, he received a knighthood from Queen Victoria in 1893. Prior to him, no illustrator or cartoonist had earned such an honor. 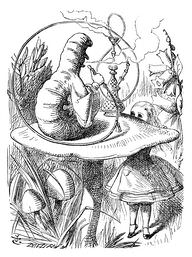 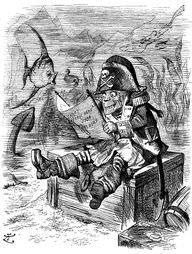 John's birthday is in 24 days

John Tenniel would be 202 years old if he was alive today.

He was born in Bayswater, London, England, UK.