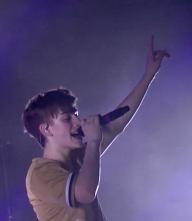 Johnny Vincent Orlando, simply known as Johnny is a well-known Canadian singer, songwriter, social media influencer. He is also an actor who first rose to fame through posting pop song covers on YouTube.

His successful singles, including “What If”, featuring Mackenzie Ziegler, “All these Parties” and “Last Summer” were released after he signed a record deal with Universal Music Records in May 2018.

His first EP, Teenage Fever was issued in 2019, after which he embarked on a month-long headlining tour of North America, with support from music acts such as Gus McMillan and Hayden Summerall.

His parents are Dale and Meredith Orlando. He grew up with sisters Madison, Darian, and Lauren, often posting videos with his older sister, Darian.

He was nominated as Breakthrough Artist of the Year at the 2019 Juno Awards and Teen Choice Awards.

He was awarded Best Canadian Act at the MTV EMA Awards in November 2019.

He initially wanted to play ice hockey before pursuing music.

Johnny's birthday is in 355 days

Where is Johnny from?

He was born in Ontario Canada.