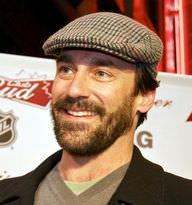 Jon Hamm is an American actor, director, and TV producer.

After college, Jon Hamm was an English teacher for awhile. In 1995, he moved to Los Angeles, California to pursue acting. Once there, he had little success as an actor for the first few years. However, in the year 2000, he finally got a recurring role in the series Providence before landing a small part in the Clint Eastwood directed Space Cowboys. Starting in 2007, he had his breakout role in Mad Men. He has since been in movies such as The Town, Shrek Forever After, and Minions.

Title
Jon Hamm on the set of The Town in Boston.
Author
Source
http://commons.wikimedia.org/wiki/File:JonHammShootingTheTown09_-_Cropped.jpg
License
CC BY 2.0 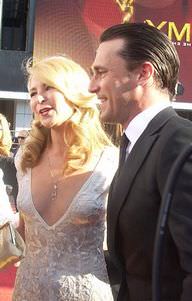 Where is Jon from?