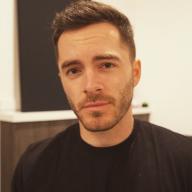 Jordan Maron is an American YouTuber who established a name for himself primarily as a gamer, specializing in popular software Minecraft.  And whereas he may be known mostly for his widely-popular YouTube channel “CaptainSparklez”, in reality he has proven to be mega popular amongst a number of different social-media platforms.

As of July 2020 his CaptainSparklez YouTube channel has nearly 11,000,000 subscribers. He also has over 400,000 on his self-titled YouTube channel and has a number of different channels active at the time.

Maron has also built up a large following on Twitter, boasting of 4,400,000 registered fans at the time.

He left college early and eventually became a full-time YouTuber in 2011.

His popular nickname in social-media circles is CaptainSparklez.

Jordan's birthday is in 220 days

Where is Jordan from?