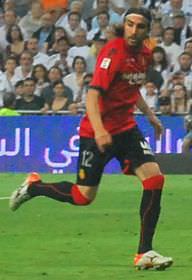 José Manuel Flores is a naturally talented professional soccer star, widely regarded as one of the top defenders in the game. The Spaniard began his professional career with Cádiz B in 2005 and has since gone on to play for several well-known and successful football clubs, including Barcelona B, Swansea City, Granada, Fuenlabrada, and Genoa.

He was also a key member of Spain's under-21 team, appearing in international competitions such as the 2009 UEFA European Championship qualifiers.

This Spanish defender, in 2015, exchanged marriage vows with Davinia Ciendones.

Here a few of the Spaniard’s notable accolades:

José's birthday is in 152 days

Where is José from?

He was born in Cádiz, Spain.