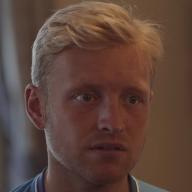 Joshua William Wright is an English footballer who played as a midfielder for Scunthorpe United during the 2010–2011 season before joining Millwall in November 2011. He famously contributed to his team's 2021–2022 Essex Senior Cup victory.

At the age of 17, he signed a two-year professional contract with Charlton Athletic to begin his football career. To finish the season on loan, he later joined Gillingham in 2009. On a two-year deal, he joined Scunthorpe United in July 2009. He made 35 appearances for the team during his inaugural year. He was one of seven players dropped by Scunthorpe at the conclusion of the 2010–11 season.

After a fruitful trial spell, he joined Championship team Millwall in November 2011.

Other clubs that he played for include: Gillingham, Southend United, Bradford City, Leyton Orient, and Crawley Town.

Wright debuted for his nation in an U16 match against Japan in March 2005. He has since competed for England at the U17, U18, and U19 levels.

He went to Chigwell School and Roding Valley High School. His girlfriend Hollie Kane and he got engaged in 2017.

Josh's birthday is in 37 days

He was born in Bethnal Green, London, England, UK.

What is Josh Wright's height?