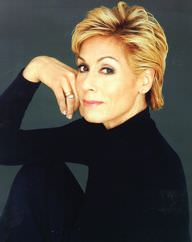 She is an American actress, producer and activist who started off her stage acting in 1979 and soon made her first Broadway appearance in 1975 with an appearance in the revival of the play, "A Doll's House".

Judith Light broke into the limelight with her feature in ABC's soap opera "One Life to Live" when she took up the role of Karen Wolek. The said role landed her an accolade at the Daytime Emmy Awards.

Family Life
Her father, Sidney Light, worked as an accountant and her mother, Pearl Light was a model. She got married to actor, Robert Desiderio in 1985.

She earned the award for "Outstanding Lead Actress in a Drama Series" at the 1981 Daytime Emmy Awards.
She received the "Vision Award" at the 1998 GLAAD Media Awards. Judith was honored with the award for "Best Performance in a Comedy Series" at the 2007 Prism Awards.
Judith was awarded the "Best Featured Actress in a Play" at the 2013 Tony Awards.
She was honored with the "Isabelle Stevenson Award" at 2019 the Tony Awards.

Trivia
Judith has practiced yoga for 20 years.
She earned a star at the Hollywood Walk of Fame.
She is an HIV/AIDS advocate. 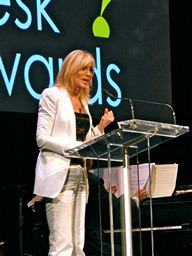 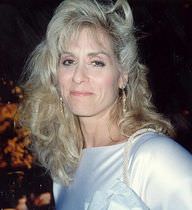 Bigotry or prejudice in any form is more than a problem it is a deep-seated evil within our society.Judith Light

I wish we lived in a society that made it safe and provided the courage for everyone to come out.Judith Light

It makes me so angry - there's enough food in the world but people are starving. It's all political.Judith Light

You have to find the peace and patience within yourself to be a model and an example to others and not judge.Judith Light

Judith's birthday is in 22 days

Where is Judith from?

She was born in Trenton, New Jersey, U.S..

People born on February 9 fall under the Zodiac sign of Aquarius, the Water Bearer. Judith Light is the 2541st most popular Aquarius.

Aside from information specific to Judith Light's birthday, Judith Light is the 17130th most famous American and ranks 16th in famous people born in Trenton, New Jersey, U.S.

In general, Judith Light ranks as the 32670th most popular famous person, and the 3376th most popular actress of all time. “The Famous Birthdays” catalogs over 40,000 famous people, everyone, from actors to actresses to singers to tiktok stars, from serial killers to chefs to scientists to youtubers and more. If you're curious to see who was born on your birthday, you can use our database to find out who, what, where, when and why. You can search by birthday, birthplace, claim to fame or any other information by typing in the search box, or simply browse our site by selecting the month, the day, the horoscope, or any other clickable option.