Judith Resnik was America’s second woman to fly to space after she was included in the STS-41-D mission in 1984. The famous engineer and astronaut worked with Xerox Corporation and RCA Corporation before joining the National Aeronautics and Space Administration in 1978.

Aside from her work as a pilot, Resnik also developed many software programs which were used by NASA.

Her parents were Sarah Polensky and her optometrist husband Marvin Resnik. She was married to Michael Oldak.

She graduated from Carnegie Mellon University before enrolling at the University of Maryland.

Resnik was decorated with many awards including the NASA Space Flight Medal, and the Congressional Space Medal of Honor.

She was aboard the Challenger Space Shuttle which broke apart in 1986. The accident caused the death of all seven members on-board.

The renowned astronomer also made history as the 4th lady to make it to space.

In the 1990 film titled “Challenger”, her character was played by American actress Julie Fulton. 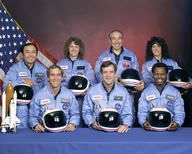 Title
View of Mission Specialist Judith Resnik sitting on the floor of the middeck. Beside her on a notebook is a note which says "Hi Dad". Above her head on the middeck lockers are various stickers such as "Beat Army", "Beat Navy" and "Air Force: a great way of life". Beside her is a [sticker] which reads "I love Tom Selleck".
Author
NASA
Source
http://commons.wikimedia.org/wiki/File:Judy_Resnik_STS-41-D.jpg
License
Public domain 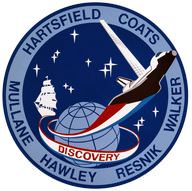 Judith's birthday is in 185 days

How old was Judith when she died?

Judith Resnik would be 73 years old if she was alive today.

Where was Judith from?