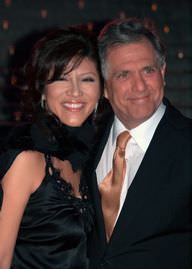 In 2000, Julie Chen was named as the hostess of America’s rendition of the reality show dubbed “Big Brother”. As of the end of February 2021, she was the longest-serving presenter of the show.

She has also hosted quite a number of television shows which include “The Early Show” and “The Talk”.

In 1987, the American television personality completed her studies at the St. Francis Preparatory School. She went on to study English and broadcast journalism at the University of Southern California.

She has a Chinese ancestry.

Julie's birthday is in 93 days