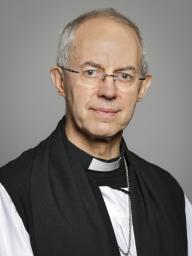 In 2013, Justin Welby was named as the Archbishop of Canterbury of the Church of England. He has also served as the Bishop of Durham and also the deputy bishop of Southam, Warwickshire.

As of January 2021, he was married to Caroline Eaton.

He began his formal education at the St Peter's School. He later continued at the Trinity College, Cambridge where he read history.

In 2012, he served on the Parliamentary Commission on Banking Standards.

Justin's birthday is in 99 days

Where is Justin from?