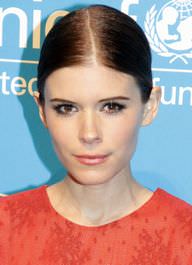 Kate Mara is an American actress known for starring as Zoe Barnes on Netflix's political drama House of Cards and Shari Rothenberg on Fox's hit series 24. She has also appeared on other TV series such as Law & Order, Entourage and Moonbeam City, where she voiced Chrysalis Tate. Having made her film debut in 1999's Random House, she went on to appear in films such as Shooter, The Open Road, Fantastic Four and The Martian.

She is the second of four siblings born to Kathleen McNulty Mara and Timothy Christopher Mara. Her siblings are Daniel, Patricia (actress Rooney Mara) and Conor.

According to her, a regular workout, coupled with her vegan diet, keeps her fit.

All the actors I respect, especially old-Hollywood actors, the reason I think so many of them have had long careers is that there is a sort of mystery about them. You don't know what they do on Friday nights when they go home from work. You have no clue. You have this sort of fantasy about them.Kate Mara

I have a ridiculous fear of sharks but I'd jump in the water in a second for an amazing role.Kate Mara

Kate's birthday is in 237 days