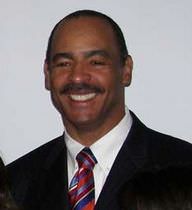 Kellen Winslow, a former National Football League player with natural skill, played in the position of a tight end. He was one of the best players in this position during his playing days.

He is widely recognized for his eight years of productive play for the National Football League's San Diego Chargers (NFL). The Chargers selected Winslow in the first round of the 1979 NFL Draft, and in the next few years, he showed his worth and established multiple career records.

In addition to his accomplishments as a player, Winslow is known for serving as an executive manager for organizations like Lakeland, Florida A&M, and Central State (eOH).

He was inducted into the Pro Football Hall of Fame in 1995.

He had a successful stint with the Missouri Tigers during his college years.

Kellen's birthday is in 37 days

Where is Kellen from?