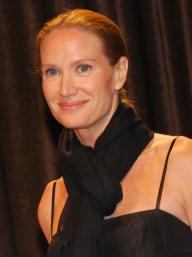 Kelly Lynch gained global recognition in 1989 when she portrayed the character of Dianne in the film titled “Drugstore Cowboy”.

Her performance in the aforementioned movie earned her an Independent Spirit Award nomination.

That aside, she has been featured in loads of movies and series including “The Beans of Egypt, Maine”, “Magic City” and “Mr. Mercedes”.

Mitch Glazer (became her husband in 1992)

She was trained at the renowned Guthrie Theater.

She began her career as a model and was associated with the modeling agency known as Elite.

After her college education, she worked as a flight assistant.

Kelly's birthday is in 120 days

Where is Kelly from?

She was born in Golden Valley, Minnesota, U.S..