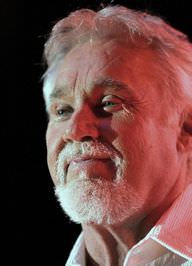 Kenny Rogers was a celebrated American country singer, songwriter, multi-instrumentalist and actor regarded as one of the greatest country performers of all-time. Throughout his career spanning over six decades, he released numerous successful albums, including 1978's The Gambler, 1979's Kenny and 1980's Gideon.

Rogers collaborated with several top artists including Dolly Parton on the 1983 song entitled, "Islands in the Stream". He also did a collaborative work with Sheena Easton on the hit track titled, "We've Got Tonight". He also worked with Lionel Richie on several hit songs.

Beyond music, Rogers also saw success as an actor, starring in numerous motion pictures and TV series such as 1982's comedy-drama film Six Pack and The Gambler series of films.

He was born to Lucille Lois and Edward Rogers. He grew up with seven siblings. Prior to his 1997 marriage to Wanda Miller, he was married and divorced four times. He fathered six children from these marriages.

In addition to being one of the best-selling artists of all-time, he has also won dozens of awards, including multiple Grammy Awards, American Music Awards, Academy of Country Music Awards and CMT Music Awards.

In 2013, he received his induction into the Country Music Hall of Fame.

Rogers died peacefully at his home in Colbert, Georgia on March 20th, 2020. According to his representative, he was in hospice care and “surrounded by his family” when he passed away. 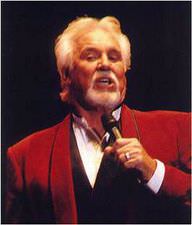 Don't be afraid to give up the good for the great.Kenny Rogers

I just hope I can spread some of the happiness that's been coming my way.Kenny Rogers

My mom loved to sing - and I'll go on record and say she was the worst singer ever. I'd get up and move away from her!Kenny Rogers

There has to be chemistry in a duet, but if you go beyond the point of friendship and attraction, you lose something.Kenny Rogers

There is a trade off - as you grow older you gain wisdom but you lose spontaneity.Kenny Rogers

Kenny's birthday is in 332 days

How old was Kenny when he died?

Kenny Rogers would be 83 years old if he was alive today.

Where was Kenny from?

Kenny Rogers was a famous American musician, who was born on August 21, 1938. As a person born on this date, Kenny Rogers is listed in our database as the 25th most popular celebrity for the day (August 21) and the 10th most popular for the year (1938).

People born on August 21 fall under the Zodiac sign of Leo, the Lion. Kenny Rogers is the 643rd most popular Leo.

Aside from information specific to Kenny Rogers' birthday, Kenny Rogers is the 4404th most famous American and ranks 54th in famous people born in Houston, Texas, U.S.

In general, Kenny Rogers ranks as the 6851st most popular famous person, and the 714th most popular singer of all time. “The Famous Birthdays” catalogs over 40,000 famous people, everyone, from actors to actresses to singers to tiktok stars, from serial killers to chefs to scientists to youtubers and more. If you're curious to see who was born on your birthday, you can use our database to find out who, what, where, when and why. You can search by birthday, birthplace, claim to fame or any other information by typing in the search box, or simply browse our site by selecting the month, the day, the horoscope, or any other clickable option.