Kevin Smith is an American writer, comic book writer, actor and director. He also has a website, The View Askewniverse, since 1995.

He is married and he has a daugher. As a kid, he produced sketch comedy videos in the style of Saturday Night Live TV show.

Quentin Tarantino had stated about the film "Chasing Amy": "This is a quantum leap forward for Smith". 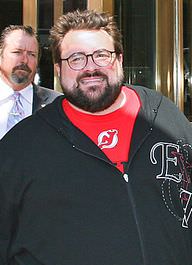 Kevin's birthday is in 238 days

He was born in Red Bank, New Jersey U.S..