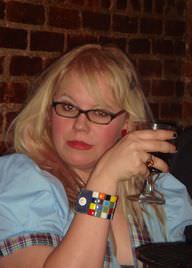 Kirsten Vangsness is an American actress famed globally for starring in the hit crime drama seriesCriminal Minds, in which she portrayed the character Penelope Garcia. She is also known for playing the same character in the drama series Criminal Minds: Suspect Behavior, which is a spin-off ofCriminal Minds. Her film credits include 2006's A-List, 2010's In My Sleep and 2011's The Chicago 8.

She was born to Barbara Mary and Errol Leroy Vangsness.

She is an accomplished writer, whose works include co-writing a number of episodes of Criminal Minds.

Before her acting career, she worked as a substitute teacher and a restaurant hostess, among other jobs.

Kirsten's birthday is in 275 days

Where is Kirsten from?

She was born in Pasadena, California, U.S..