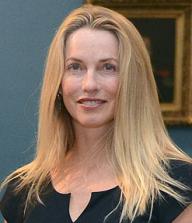 Laurene Powell Jobs is an American businesswoman. She founded the Emmerson Collective and co-founded the initiative which helps high school students from disadvantaged backgrounds to enter college, which is known as College Track. She is best known as the widow of the late Apple co-founder, Steve Jobs.

She was raised in West Milford in New Jersey. She met Jobs at the venue in Stanford Business School where he was scheduled to deliver a lecture in 1989. Laurene was then an MBA student. She and Jobs birthed a son; Reed, and two daughters; Erin and Eve. Her step-daughter is Lisa Brennan-Jobs from Jobs’ previous relationship.

In 2018, she topped Forbes’ list of the richest women in the tech industry.

She has been a member of the board of directors for Conservation International, Stanford University, and XQ.

Laurene's birthday is in 38 days

Where is Laurene from?