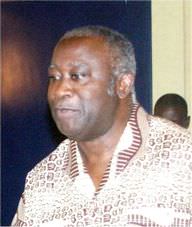 During the teachers’ strike in 1982, the Ivorian politician Laurent Gbagbo established the Ivorian Popular Front. Six years later, he was appointed the Secretary-General of the party. He contested in the 1990's presidential election on the ticket of the political group. Though he lost the contest, he gained a place in the National Assembly.

He successfully competed in the presidential elections in 2000. Some months later, he was sworn in as the President of Côte d'Ivoire, despite many controversies surrounding the elections. It was during his administration that the country experienced the infamous Civil War which started in 2002. He ruled the country for eleven years.

The politician was arrested in 2011 following his role in the post-election violence which began the previous year. The International Criminal Court charged him with a number of crimes including rape and murder.

His trial started in 2016 and pleaded not guilty to all charges. After three years of court proceedings, he was acquitted, but was ordered to stay in Belgium and be available for future court hearings. He returned to his native country in 2021.

He studied at Paris Diderot University.

Gbagbo has been a recipient of the Collar of the National Order of Ivory Coast.

Before his political career, he worked as a professor of history.

In 1980, he was made the Director of the University of Abidjan’s Institute of History, Art and African Archeology.

Vice President and Prime Minister of the United Arab Emirates

Laurent's birthday is in 245 days

Where is Laurent from?

He was born in Gagnoa, Ivory Coast.