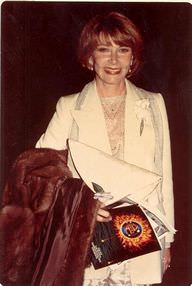 After making her movie debut as a teenage shoplifter in the 1951 film noir thriller “Detective Story”, Lee Grant established herself as one of the loved American actresses of her time.

Since then, the movie star has been used in loads of television movies and films which include “Peyton Place”, “Women on Trial” and “Backstairs at the White House”.

She has also worked behind the scenes as a director.

She is of Polish and Russian Jewish ancestry.

She made her first on-screen appearance in the soap series titled “Search For Tomorrow”.

Her directorial credits include “The Gun Deadlock”, “Seasons of the Heart”, and “Tell Me a Riddle”.

Lee's birthday is in 26 days

Where is Lee from?