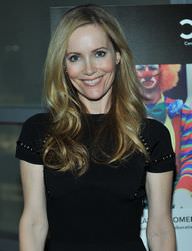 Leslie Mann is an actress and comedian whose film credits include The Cable Guy, Big Daddy, The 40-Year-Old Virgin, Funny People, and The Other Woman.

She began acting at the age of 18 appearing in several television commercials. In 1995, she was chosen from 500 people for her first major film role in the 1996 film The Cable Guy.

Her two daughters, Iris and Maude, both appeared in the films Knocked Up, Funny People, and This 40 alongside her as her characters’ children.

Leslie's birthday is in 46 days

Where is Leslie from?