Liam Gallagher is an English singer-songwriter who rose to international prominence as the lead singer of the rock band Oasis, who are known for a number of hits including Wonderwall and Don't Look Back in Anger. Away from Oasis, he is also known for his membership of the rock band Beady Eye. In 2010, Q magazine named him the greatest frontman of all time.

He was born to Peggy and Thomas Gallagher, who brought him up with two older brothers, including Noel Gallagher of Oasis fame. His first marriage was to actress Patsy Kensit, with whom he fathered a son.  The marriage lasted from 1997 to 2000. In 2001, he fathered another son with television presenter and singer Nicole Appleton. He and Nicole tied the knot in 2008. The marriage ended in divorce in 2014. He also has children with a number of women out of wedlock.

He wrote the Oasis hit song Songbird as a token of his love for his second wife Nicole Appleton.

He grew up with an extremely abusive father. According to him, the abuse he suffered as a child inspired him to become a musician.

Besides being known for their musical accomplishments, he and his brother Noel are also known for sharing a turbulent relationship. 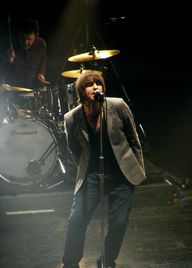 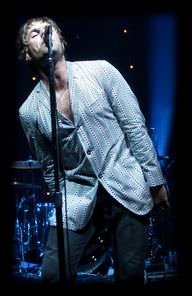 Liam's birthday is in 358 days

Where is Liam from?

He was born in Burnage, Manchester, UK.