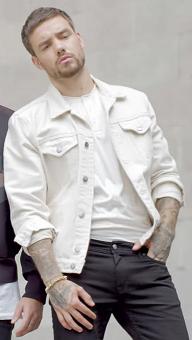 Liam Payne is an English songwriter and singer. He’s well known for his association with the singing group, One Direction.

His musical career started in 2008 when he competed in the talent show, The X Factor. After failing to advance to the grand finale, Liam signed up and contested again in the 2010 edition of the show where he was placed in a group together with four other contestants. They were known as the ‘One Direction’ which they maintained after the program. He contributed to the group’s debut single, “What Makes You Beautiful”.

He’s also completed a lot of projects as a solo singer. After joining the Republic Record in 2006, Liam released his first single “Strip That Down” in 2017. He released his first EP, “First Time” in 2018, and dropped his debut album in 2019.

In 2016, Liam started a relationship with singer, Cheryl Ann Tweedy. He announced in 2017 that they had given birth to their first son, Bear. The two broke up in 2018, and in 2019 he was in another relationship with Maya Henry, a model.

Liam's birthday is in 270 days

Where is Liam from?

He was born in Wolverhampton, United Kingdom.