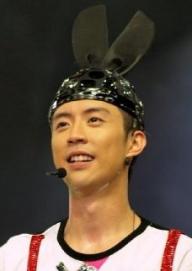 Liljay, as he’s mostly called, became a global celebrity after joining the Taiwanese band called JPM in 2011. That same year, he helped the group to release their maiden studio album entitled “Moonwalk”. Prior to joining the group, he was associated with another band known as “Lollipop”. His performance in the group was key in the production of their debut album titled “Gyashan”.

He spent his early years with his parents alongside his brother, who participated in the Bang Bang Tang II competition.

He has worked under lots of record labels including Gold Typhoon, and Taiwan Sony Music Entertainment.

Liljay's birthday is in 234 days

He was born in Taipei, Taiwan.