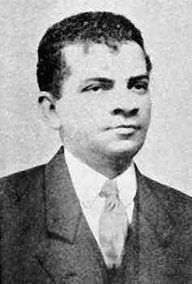 The Brazilian Pre-modernism movement was greatly influenced by the well-known satirist Lima Barreto. He was a journalist as well, and his writings often dealt with social and nationalist issues.

He was able to attend reputable schools thanks to the benevolence of Viscount of Ouro Preto, his godfather. He attended the Colégio Pedro II but due to family obligations, he was unable to finish Escola Politécnica do Rio de Janeiro.

In 1902, he began his career as a journalist. His articles for the "Correio da Manha" about the destruction of Castle Hill brought him notoriety in 1905. His debut book, "Recordações do Escrivão Isaías Caminha", a damning and semi-autobiographical critique of Brazilian society, was published in 1909.

Despite all of his outstanding deeds, alcoholism took his life. The Brazilian author died of a heart attack in 1922.

Lima Barreto's birthday is in 98 days

How old was Lima Barreto when he died?

Lima Barreto would be 141 years old if he was alive today.

Where was Lima Barreto from?