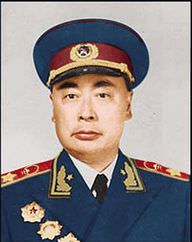 Lin Biao, birth name Lin Yurong, was a revered Chinese military leader (Yuan Shuai) and political leader. He contributed significantly to the Chinese communists’ 22-year war for power as a commander of the “Red Army” and held other senior government and party positions. He was also a key figure during the early years of the “Great Proletarian Cultural Revolution”.

He was born in Huanggang in Hubei, China. He enrolled in the “Whampoa Military Academy” and graduated in 1926. He was then assigned to China’s “Northern Expedition”. He was promoted to colonel in 1927.

He commanded the “People’s Liberation Army” into the Beijing province and co-led the victory of the “Manchurian Field Army”. In 1949, he defeated the “Kuomintang” and gained control of China’s Southeastern coastline provinces.

He died when his airplane crashed at 3:00 a.m. in Mongolia on September 13, 1971, reportedly after attempting to murder Chinese Communist leader Mao Zedong, seize power and escape to the Soviet Union. He was 63 years old. 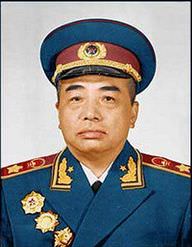 Title
Peng Dehuai (simplified Chinese: 彭德怀; traditional Chinese: 彭德懷; pinyin: Péng Déhuái; Wade-Giles: P'eng Te-huai) (October 24, 1898 - November 29, 1974) was a prominent military leader of the Communist Party of China, and China's Defence Minister from 1954 to 1959. Peng was an important commander during the Second Sino-Japanese War, the Chinese civil war and was also the commander-in-chief of People's Volunteer Army in the Korean War. He fell from favour after criticizing Mao's policies in the Great Leap Forward and suffered greatly through the Cultural Revolution.
Author
《解放军画报》记者刘峰、林杨中的一人
Source
http://commons.wikimedia.org/wiki/File:General_Peng_Dehuai.jpg
License
Public domain

Lin Biao's birthday is in 61 days

How old was Lin Biao when he died?

Lin Biao would be 114 years old if he was alive today.

Where was Lin Biao from?

He was born in Huanggang, Hubei, Qing Dynasty.