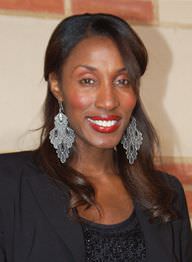 Lisa Leslie is a famous American retired basketball star who spent over a decade in the Women's National Basketball Association league as an employee of the Los Angeles Sparks. With the team, she won the WNBA championships twice. Before announcing her retirement in 2009, she was selected into WNBA All-Star eight times, and was named the MVP at the 2001 and 2002 WNBA Finals.

At age 17, Leslie was named in the United States U19 side. She was later promoted to the senior side where she won four gold medals at the Olympic Games and two World Championships.

Her dad, Walter Leslie, played basketball at the professional level. She spent her early years with her mum Christine Lauren Leslie alongside two sisters Tiffany and Dionne. Her two children with Michael Lockwood, whom she got married to in 2006, are Michael II and Lauren.

She goes into the history book as the first basketball player to make a dunk in the WNBA league.

Lisa's birthday is in 276 days

Where is Lisa from?

She was born in Gardena, California, U.S..

What is Lisa Leslie's height?