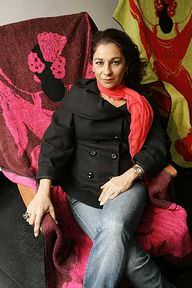 She is a Spanish actress and singer, who is noted to have kicked off her singing career early in her life due to her musical background. Her first album tagged "Amor, amor" and a single with the same title was dropped in the early 1970s.

In 1975, Lolita Flores gained massive publication in Spain and in other several Latin-American countries. Aside singing, her acting career did not take a halt as she earned an award for her successful role in the movie, "Rencor".

Her father is Antonio González and her mother is singer and actress called, Lola Flores. Her siblings are Antonio Flores and singer, Rosario Flores. She was married to guitarist, El Pescaílla between 1957 and 1995. She is mother to Guillermo and Elena Furiase.

She won the "Best New Actress (Mejor Actriz Revelación)" at the 2003 Goya Awards.

She earned a nomination for the "Female (Categoría Femenina)" at the 2003 Spanish Actors Union.

She picked up a nomination for the "Best New Artist (Premio Revelación)" at the 2003 Cinema Writers Circle Awards, Spain.

Lolita's birthday is in 218 days

Where is Lolita from?

She was born in Madrid, Spain.