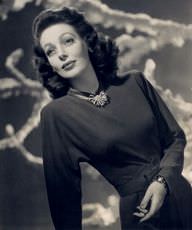 Loretta Young is best remembered for her role as Katrin "Katy" Holstrum in the 1947 movie entitled “The Farmer's Daughter”. Throughout her career, which lasted for about eight decades, she was featured in loads of movies with very popular ones being “Come to the Stable” and the anthology television series dubbed “The Loretta Young Show”.

Her parents were known as John Earle and Gladys Young. She was the sister of famous movie actresses called Sally Blane and Polly Ann.

She became the wife of movie actor, Grant Withers, in 1930, but the union was annulled a year later. She went on to marry Tom Lewis in 1940 and together they had two kids called Peter Lewis, and Christopher Lewis. She’s also the mother of the late actress named Judy Lewis.

Young received the “Best Actress” accolade at the ‘Academy Award’ for her role in the movie, “The Farmer's Daughter”. She also won the ‘Women in Film Crystal Award’ in 1988.

On the ‘Hollywood Walk of Fame’, two stars have been placed in her honor.

She started appearing in movies before her fourth birthday.

Her death was caused by ovarian cancer. 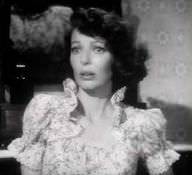 Title
Cropped screenshot of Loretta Young from the trailer for the film Cause for Alarm!
Author
Trailer screenshot
Source
http://commons.wikimedia.org/wiki/File:Cause_For_Alarm!.JPG
License
Public domain 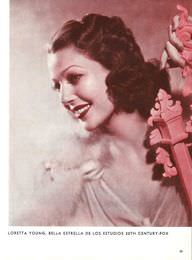 Loretta's birthday is in 93 days

How old was Loretta when she died?

Loretta Young would be 109 years old if she was alive today.

Where was Loretta from?