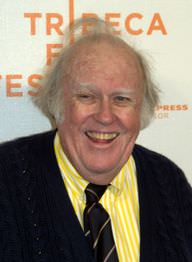 Emmet Walsh, a legendary American actor and comedian, is regarded as one of the country's greatest character performers, having appeared in over 100 feature films, over 150 television episodes, and countless critically praised stage performances.


He has featured in a number of regional theatre seasons, including "That Championship Season" and "Tiger Wear a Necktie."

In the 1970s and 1980s, he rose to fame for his part in the crime film "Blood Simple," for which he received an Independent Spirit Award for “Best Male Lead”, as well as “Straight Time”, for his role as a parole officer.

His other notable cinematic performances have been in "Blade Runner", "Slap Shot", “Poor White Trash”, “The Naked Truth”, and “End of the Road”. His many television credits include "The Doctors”, “'Til Death”, “Tales from the Crypt”, and “The Right of the People”.

In addition, He has provided voiceovers for a number of animated films, television specials, and series such as Ken Burns’s groundbreaking PBS documentary programs “The Civil War and Basebal”.

He is of Irish descent.

He's been deaf in his left ear since he was three years old.

He has a B.A. in Business Administration.

Where is M. Emmet Walsh from?

He was born in Ogdensburg, New York, U.S..

People born on March 22 fall under the Zodiac sign of Aries, the Ram. M. Emmet Walsh is the 1441st most popular Aries.

Aside from information specific to M. Emmet Walsh's birthday, M. Emmet Walsh is the 11084th most famous American and ranks 1st in famous people born in Ogdensburg, New York, U.S.

In general, M. Emmet Walsh ranks as the 18661st most popular famous person, and the 2473rd most popular actor of all time. “The Famous Birthdays” catalogs over 40,000 famous people, everyone, from actors to actresses to singers to tiktok stars, from serial killers to chefs to scientists to youtubers and more. If you're curious to see who was born on your birthday, you can use our database to find out who, what, where, when and why. You can search by birthday, birthplace, claim to fame or any other information by typing in the search box, or simply browse our site by selecting the month, the day, the horoscope, or any other clickable option.