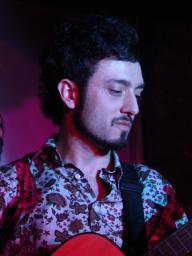 Fatih Karaca, best recognized under the stage moniker Mabel Matiz, is a sensational Turkish singer. In 2011 he launched his professional music career with the release of his album named ‘Mabel Matiz’; this was followed by his album dubbed ‘Yaşım Çocuk’, released in 2013.

His parents are identified as Ali and Maya; his fourth studio album was named after his mother. He also dedicated his song titled "Babamı Beklerken" to his father, who passed away in February of 2019.

He has obtained 1.1 million followers on his verified Instagram page with the username mabelmatiz.

He studied at Istanbul University.

Mabel's birthday is in 335 days

Where is Mabel from?

He was born in Mersin, Turkey.