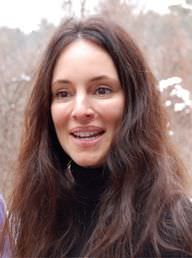 Madeleine Stowe is an American actress. She is best known for her role as Victoria Grayson in the drama series "Revenge".

She has been nominated for 2 Golden Globes (1 win), a Saturn Award and she has won the National Society of Film Critics Award for Best Supporting Actress.

When she was a child, she wanted to be a pianist. She played the piano for 8 years!

Madeleine's birthday is in 196 days

Where is Madeleine from?