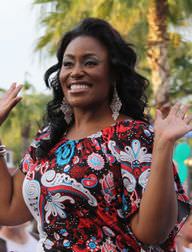 After competing in season five of the super-popular talent show known as “American Idol”, Mandisa, as she prefers to be called in showbiz, rose to become one of the respected American singers of her generation. Since then, she has released lots of hit songs which include "Only the World" and "Unfinished". In 2007, she released her first studio album titled “True Beauty”.

In 2014, she won the ‘Best Contemporary Christian Music Album’ category at the Grammy Awards.

She suffered depression after losing her best friend in 2013.

Mandisa's birthday is in 48 days

Where is Mandisa from?

She was born in Citrus Heights, California, U.S..