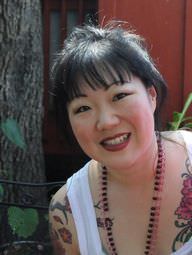 Margaret Cho became a celebrated personality after her performance in the 1994 sitcom titled “All-American Girl” where she portrayed the character of Margaret Kim. Since then, the multi-talented American entertainer has established herself as one of the popular stand-up comedians in her country.

Aside from that, she’s also known to be a musician and released her debut single in 2008 which was titled “I Cho Am a Woman”. Her maiden studio album came two years after, which was under the name “Cho Dependent”.

She was born to Korean parents called Seung-Hoon Cho and Young-Hie. In 2003, she got married to Al Ridenour, an activist, but divorced after 12 years.

She has received lots of honors which include ‘Gracie Allen Award’, ‘Lambda Liberty Award’, and ‘First Amendment Award’.

She started a clothing brand in 2003 called High Class Cho.

Margaret's birthday is in 64 days

Where is Margaret from?