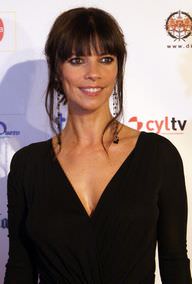 She and Pedro Larrañaga wedded in 1999.

Marina Verdú and Carlota Verdú are names of her siblings. Her parents are Maribel Rollán Carvajal, and Gregorio Verdú.

This Spanish actress has be awarded some notable accolades including those below:

She is an avid fan of Spanish soccer giants Real Madrid.

Maribel's birthday is in 53 days

Where is Maribel from?

She was born in Madrid, Spain.