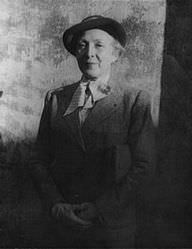 A common feature of the work of the French painter is a soft palette of pastel hues and pale characters with intense eyes. Most of her work focused on feminine themes.

Born in Paris, France, the painter had a tremendous influence on French culture and art of her era. She trained as a porcelain painter in Sèvres and later studied at the Académie Humbert in Paris.

She worked both on stages designing costumes and scenery and in pages as an illustrator. For example, in the 1930s, she illustrated Lewis Carroll’s “Alice in Wonderland.” In the early 1900s, she created such popular paintings as “Les jeunes filles,” “La Toilette des jeunes,” “Femme à l'éventail” and “Portrait de Jean.” Her pieces often depicted Cubist influences such as Pablo Picasso and Georges Braque.

Some of her work has been displayed in The Museum of Modern Art, New York and in the Tate Gallery in London. 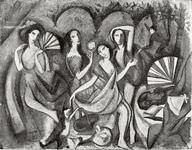 Marie's birthday is in 26 days

How old was Marie when she died?

Marie Laurencin would be 138 years old if she was alive today.

Where was Marie from?

She was born in Paris, France.