Until the early 1980s, Martha Nussbaum worked with Harvard University as a lecturer. Regarded as one of the prominent American philosophers of her era, Nussbaum is celebrated for her works in areas like feminism, animal rights, and political philosophy.

As a means of sharing her ideas, this scholar has published loads of books. Her first notable work was released in 1985 which was titled “Aristotle's De Motu Animalium: Text with Translation, Commentary, and Interpretive Essays”. Some of her well-known books are named “Hiding from Humanity: Disgust, Shame, and the Law” and “The Fragility of Goodness”.

Her mother, Betty Warren was a talented interior designer while her dad George Craven worked as a lawyer. Her 1969 marriage to American linguist Alan Nussbaum ended in 1987. During their time together they raised a child named Rachel.

Her outstanding works have earned her many accolades which include the Berggruen Prize, Holberg Prize, and the Kyoto Prize in Arts and Philosophy.

Throughout her career, she has worked with some top educational institutions like the University of Chicago, and Brown University. 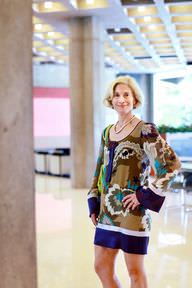 Martha's birthday is in 218 days

Where is Martha from?