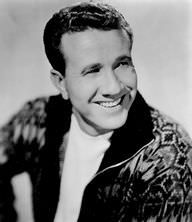 Marty Robbins, birth name Martin David Robinson was an American songwriter, singer, instrumentalist, actor, and NASCAR racer. Robbins was arguably the most successful country music singer from the 1950s to the 1980s. In addition, he was a pioneer of the outlaw country music genre.

He is from Glendale, Arizona. During childhood, Robbins loved to entertain his mates with his harmonic singing. His love for music grew when he served as a U.S. Navy during the Second World War, he taught himself how to play the guitar. After returning from the war, he decided to pursue a full-time music career and adopted the name Marty Robbins, following his friend's advice.

His first song to top the charts, "Singing the Blues," was released in 1956. However, in totality, Robbins had about 94 songs appearing on the Billboard Country Singles charts during his three-decade career. He recorded over 500 singles and 60 studio albums. He was a two-time Grammy award winner.

Robbins was also a Nashville Songwriters and a Country music Hall of Famer. In addition, the ACM honored him as the best artist of the decade in 1960.

Besides music, he also loved motor racing. Robbins' best race came when he finished fifth at Michigan's Motor State 400 in 1974.

Marty's birthday is in 49 days

How old was Marty when he died?

Marty Robbins would be 96 years old if he was alive today.

Where was Marty from?

He was born in Glendale, Arizona, U.S..