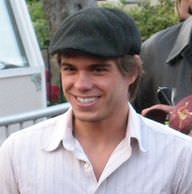 He is an American actor and singer, who is popular for his outstanding role in the 1993 American comedy film, "Mrs. Doublefire". He is also notable for his appearance in the American sitcom, "Boy Meets World", which aired between 1993 and 2000. He went ahead to feature in 1995 - 1996 series, "Brotherly Love", alongside his two blood brothers, Andrew and Joey.

His parents are father, Joseph Lawrence Sr., who was an insurance broker, and his mother is called Donny Lynn. His siblings include; Joey Lawrence Jr., who is an American actor, musician and game host, and Andrew Lawrence, who is also an actor and singer.

He was engaged to American actress, Heidi Mueller between 2004 and 2006. He got married to American dancer, model and TV host, Cheryl Burke in 2019.

He received an accolade for the "Best Supporting Actor" at the 2016 Festival Awards.

Lawrence got nominated for the "Best Performance in a TV Comedy - Leading Young Actor" at the 1997 Young Artist Awards.

He earned a nomination for the "Best Young Actor in a Television Movie" at the 1993 Going Artist Awards.

Matthew's birthday is in 190 days

Where is Matthew from?

He was born in Abington, Pennsylvania, U.S..

People born on February 11 fall under the Zodiac sign of Aquarius, the Water Bearer. Matthew Lawrence is the 1265th most popular Aquarius.

Aside from information specific to Matthew Lawrence's birthday, Matthew Lawrence is the 11365th most famous American and ranks 3rd in famous people born in Abington, Pennsylvania, U.S.

In general, Matthew Lawrence ranks as the 19400th most popular famous person, and the 2603rd most popular actor of all time. “The Famous Birthdays” catalogs over 40,000 famous people, everyone, from actors to actresses to singers to tiktok stars, from serial killers to chefs to scientists to youtubers and more. If you're curious to see who was born on your birthday, you can use our database to find out who, what, where, when and why. You can search by birthday, birthplace, claim to fame or any other information by typing in the search box, or simply browse our site by selecting the month, the day, the horoscope, or any other clickable option.