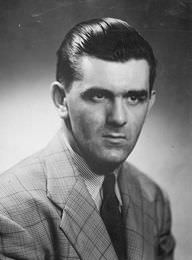 He was a Canadian Ice hockey player who is noted for playing 18 seasons for the "Montreal Canadiens" under the National Hockey League (NHL). He was gifted his first ice skates when he was only four years old. Richard’s father created a backyard ice surface where he skated, including skating on other local rivers.

During his career, he made a remarkable mark by being the first player to ever score 50 goals in one season in the NHL – he also became the first to reach a 500 career goal mark.

In 1960, he went on retirement, holding the record of the all-time leader in goals scored, with a total of 544 goals.

He was born to father, Onésime Richard who was a carpenter, and mother, Alice Laramée. He is the oldest of eight siblings, namely; Rollande, Georgette, Marguerite, Claude, Henri, Rene and Jacques.

He got married to Lucille in 1942 and they both divorced in 1994. During twilight of his existence, his partner was Sonia Raymond. He had seven children, namely; Maurice Jr., Norman, Huguette, Suzanne, Polo, Jean and Andre.

Richard also won the "Canadian Athlete of the Year" at the Lou Marsh Trophy in 1957.

He was a boxer and also played basketball.

He was named as one of the "100 Greatest NHL Players" in history.

Injuries prevented Richard from joining the military during the World War II. 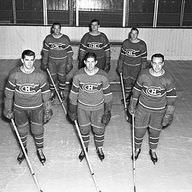 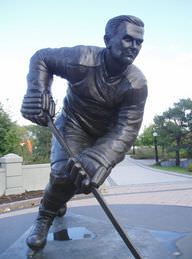 People born on August 4 fall under the Zodiac sign of Leo, the Lion. Maurice Richard is the 3322nd most popular Leo.

Aside from information specific to Maurice Richard's birthday, Maurice Richard is the 1185th most famous Canadian and ranks 11th in famous people born in Montreal, QC, CAN.

In general, Maurice Richard ranks as the 35832nd most popular famous person, and the 220th most popular hockey player of all time. “The Famous Birthdays” catalogs over 25,000 famous people, everyone, from actors to actresses to singers to tiktok stars, from serial killers to chefs to scientists to youtubers and more. If you're curious to see who was born on your birthday, you can use our database to find out who, what, where, when and why. You can search by birthday, birthplace, claim to fame or any other information by typing in the search box, or simply browse our site by selecting the month, the day, the horoscope, or any other clickable option.