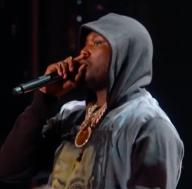 Meek Mill is an American hip-hop artist who initially gained recognition for his series of mixtapes titled “Dreamchasers”, often collaborating with other notable names in the music industry like Rick Ross, Kendrick Lamar, and Nicki Minaj. The three-part series feature songs like “House Party”, “Ima Boss”, “Amen”, and “Dope Dealer”. The title of the mixtape series would also be used for Mill’s own record label, Dream Chasers Records, which he established in 2012.

Mill has also released two studio albums, Dreams and Nightmares (2012) and Dreams Worth More Than Money (2015), which are anchored by the singles “Burn”, "Young & Gettin' It" and "Believe It" for the former, and "All Eyes on You" and "R.I.C.O." for the latter.

Meek Mill's birthday is in 220 days

Where is Meek Mill from?

He was born in Philadelphia, Pennsylvania, U.S..