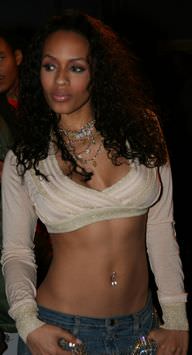 Melyssa Ford is a well-known actress, TV personality, and video vixen who began her career in the entertainment industry as a model, where she was mostly featured in publications and music videos.

She rose to fame after starring in HBO's comedy-drama television series "Entourage". Since then, she has been featured in quite a number of films and television shows including "Soul Food," "The Game," and "Three Can Play That Game".

She has Russian and Norwegian roots.

Before her career in the entertainment industry, she was employed as a bartender.

As a model, she has been featured in some well-known publications like Playboy, and XXL.

Melyssa's birthday is in 33 days

Where is Melyssa from?

She was born in Toronto, Canada.

What is Melyssa Ford's height?