He is an American basketballer, who is noted to have participated in college basketball with the Kansas State University. Michael Beasley made his way to the NBA draft in 2008. Due to his successful start, he is mostly referred to as one of the best freshman basketball players of the 2000s.

His father is Michael Beasley Sr. while his mother is Fatima Smith. His siblings are Tiffany, Malik, Mychaela and Leroy Beasley. Mikaiya and Michael Beasley III are his children.

He picked up the "NCAA rebounding leader" in 2008.

He was awarded the "USBWA National Freshman of the Year" in 2008. 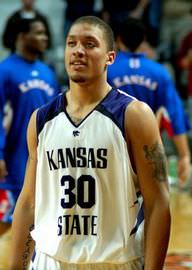 Michael's birthday is in 350 days

He was born in Frederick, Maryland, U.S..

What is Michael Beasley's height?

People born on January 9 fall under the Zodiac sign of Capricorn, the Sea Goat. Michael Beasley is the 2539th most popular Capricorn.

In general, Michael Beasley ranks as the 32087th most popular famous person, and the 515th most popular basketball player of all time. “The Famous Birthdays” catalogs over 40,000 famous people, everyone, from actors to actresses to singers to tiktok stars, from serial killers to chefs to scientists to youtubers and more. If you're curious to see who was born on your birthday, you can use our database to find out who, what, where, when and why. You can search by birthday, birthplace, claim to fame or any other information by typing in the search box, or simply browse our site by selecting the month, the day, the horoscope, or any other clickable option.