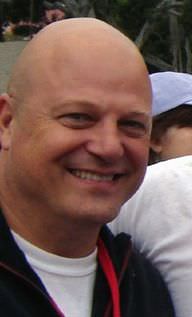 Michael Chiklis is an American actor famous for his portrayal of the character Detective Vic Mackey in the crime drama TV series The Shield. His other popular television characters include Vincent Savino in CBS' period drama series Vegas and Nathaniel Barnes in the crime series Gotham. His notable film credits include the Fantastic Four series of films, 2008's Eagle Eye and 2014's When the Game Stands Tall.

He is the son of Katherine and Charlie Chiklis. He married Michelle Morán in 1992 and fathered two children with her.

For his performance in The Shield he received numerous awards, including a Golden Globe Award and a Primetime Emmy Award.

He is an accomplished musician.

According to him, prior to becoming an actor, his worst job was unloading trucks for several hours a day.

Michael's birthday is in 277 days

He was born in Lowell, Massachusetts U.S..