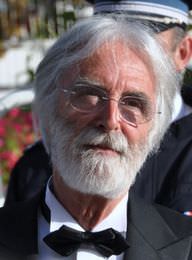 Michael Haneke is a renowned Austrian screenwriter, film director and a teacher. He is well known for portraying issues of the society and feelings of vulnerability experienced by people in the society.

He has worked in cinema, television as well as theatre.  The film “The Seventh Continent” (19829) was his directorial debut.

He was born to Fritz Haneke and Beatrix von Degenschild who were both actors. He got married to Susanne Haneke in 1983. He also has a son called David Haneke.

In 2005, he won the award for “Best Director” and “Prize of the Ecumenical Jury” as well as the “FIPRESCI Prize” at the Cannes Film Festival.

He has directed movies in English, French, and German dialects.

Michael's birthday is in 175 days

He was born in Munich, Germany.