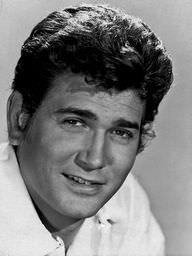 Michael Landon was an American actor. He is best known for his role in the TV series "Little House on the Prairie".

TV: "Bonanza", "Little House on the Prairie", "Highway to Heaven".

In 1976, he wrote and directed the TV film "The Loneliest Runner", which was nominated for 2 Emmy Awards.

He received a Star on the Hollywood Walk of Fame in 1984.

He was nominated for a Golden Globe.

He was of Jewish and Irish descent. He was married 3 times and he had 9 children. He died of pancreatic cancer at the age of 54.

Michael's birthday is in 28 days

Michael Landon would be 85 years old if he was alive today.

He was born in Forest Hills, Queens, New York, U.S..

What was Michael Landon's height?