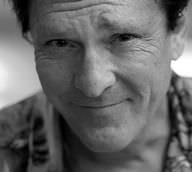 He was born to Calvin Madsen and filmmaker and writer Elaine Madsen. He grew up with two siblings, including renowned Hollywood actress Virginia Madsen. He and his second wife Jeannine Bisignano had two children, including actor Christian Madsen. With his third wife DeAnna Madsen, he fathered three children.

Before becoming an actor, he did a number of jobs, including that of a car mechanic and a hospital orderly.

His book of poetry titled Burning In Paradise won him an Independent Firecracker Award in 1998.

Michael's birthday is in 363 days