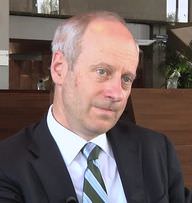 Michael Joseph Sandel, often called Michael Sandel, is one of America's elite political philosophers. He is a professor of government theory at America's prestigious Harvard University Law School. His course, "Justice," was Harvard's first free online course, and his writings on democracy, justice, markets, and ethics have been translated into over 20 languages.

He is of Jewish background and was born in Minneapolis, USA. However, he lived in Los Angeles from the age of 13 and attended Palisades High School.

In 1975, Sandel earned his bachelor's degree in politics from Brandeis University as a "Phi Beta Kappa" graduate. He obtained his doctorate from "Balliol College, Oxford," in 1981.

He joined Harvard University's Faculty of Arts and Sciences in 1981. The professor has taught the "Justice" course for more than two decades. With over 15,000 students enrolled in the course over the period, it is one of the most highly attended courses in Harvard University's history.

He has delivered various lectures at the US library of congress and the London School of Economics.

He is widely known for commentary and critique on John Rawls' "A Theory of Justice" in "Liberalism and the Limits of Justice."

He got married to fellow Harvard lecturer Kiku Adatto.

Michael's birthday is in 100 days

He was born in Minneapolis, Minnesota, U.S..