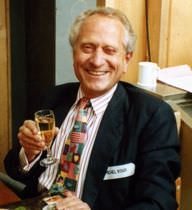 Michel Roux was a French chef, restaurateur and television personality best remembered as the co-owner of well-known UK restaurants, Le Gavroche and The Waterside Inn.

His elder brother is also a renowned chef named, Albert Roux. He had a son known as Alain Roux, who became the owner of The Waterside Inn in 2002. His second wife, Robyn Joyce passed away in 2017.

In 2008, Roux was the recipient of Tatler magazine’s Lifetime Achievement Award.

In 2002, he was honored as an Officer of the Order of the British Empire and received an Honorary Doctorate of Culinary Arts from the University of Rhode Island.

He and his brother, Albert founded the Roux Brothers Scholarship in 1984.

He has made guest appearances on many television shows including MasterChef, Saturday Kitchen, Woman’s Hour, The Roux Legacy and BBC Radio 4’s Woman’s Hour.

He once considered quitting cooking to become an opera singer.

Roux was known to have had the chronic lung ailment, idiopathic pulmonary fibrosis. 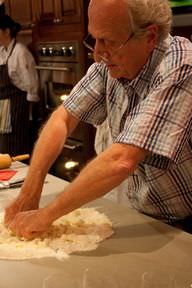 Michel Roux was a famous French chef, who was born on April 19, 1941. As a person born on this date, Michel Roux is listed in our database as the 63rd most popular celebrity for the day (April 19) and the 118th most popular for the year (1941).

People born on April 19 fall under the Zodiac sign of Aries, the Ram. Michel Roux is the 1854th most popular Aries.

Aside from information specific to Michel Roux's birthday, Michel Roux is the 354th most famous French.

In general, Michel Roux ranks as the 21710th most popular famous person, and the 40th most popular chef of all time. “The Famous Birthdays” catalogs over 25,000 famous people, everyone, from actors to actresses to singers to tiktok stars, from serial killers to chefs to scientists to youtubers and more. If you're curious to see who was born on your birthday, you can use our database to find out who, what, where, when and why. You can search by birthday, birthplace, claim to fame or any other information by typing in the search box, or simply browse our site by selecting the month, the day, the horoscope, or any other clickable option.