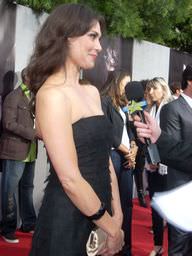 Michelle Forbes’ performance in the soap opera titled “Guiding Light” marked the beginning of her rise to stardom. The American actress has gone on to appear in many television series and movies like “Homicide: Life on the Street”, “24” and “The Killing”.

She attended High School for the Performing and Visual Arts where she was trained to become an actor.

She was nominated for the “Outstanding Supporting Actress in a Drama Series” prize at the 2011 Primetime Emmy Award.

In 2011, she announced that she was a vegetarian.

Growing up, her dream was to become a ballet dancer.

She has a Mexican ancestry. 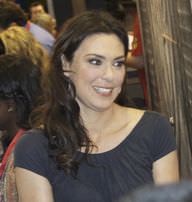 A plant-based diet has actually simplified my life in so many ways. For breakfast, I try to get my first serving of fruits and nuts for fuel. I'm completely addicted to coconut water for the electrolytes and hydration.Michelle Forbes

I had so many offers after 'True Blood' for things that were someone in the same vein, but nowhere near Alan Ball's vision. Or something that was over-the-top and fantastical. And I've always wanted to play the regular, working-class mom, and I've never really had the chance to do that.Michelle Forbes

I thought a vegan diet would be too difficult, being on the road so much, but it's been far easier than I thought.Michelle Forbes

It's a wonderful thing working with young actors. I know a lot of people don't like working with children. I actually adore it, because you watch their imagination open up and you watch them start to learn this job that I've been doing for so long. They come with such a lack of cynicism.Michelle Forbes

When I did 'Battlestar Galactica' it was the first time I really understood science fiction. That was a very political drama, but set in spaceships so people didn't really take it seriously. But some really fascinating things were explored in that.Michelle Forbes

Michelle's birthday is in 186 days

Where is Michelle from?