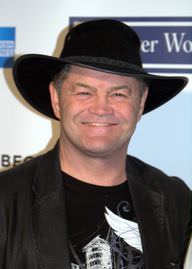 Micky Dolenz has carved out a niche for himself as an actor, filmmaker, musician, and radio host, but he'll always be remembered as the drummer and lead singer of the 1960s pop/rock heroes the Monkees as well as his part in the NBC comedy series “The Monkees”.

During a career that has spanned about seven decades, Dolenz has proved himself to be a dependable engaging entertainer as well as a great vocalist whose contribution brought huge success to the Monkees.

Born into a family of great actors he began his career early with the stage name Micky Braddock, starring in the NBC children's TV shows "Circus Boy". Following this, he went on to feature in several critically acclaimed and successful films and television series such as "Deadfall", "Linda Lovelace for President", "The Secret Files of the Spy Dogs", and "These Are the Days".

He was born to George Dolenz and Janelle Johnson.

He was raised together with Gemma Marie Dolenz, Kathleen Dolenz, and Deborah Dolenz.

He was the director and producer of the British television sitcom “Metal Mickey”. 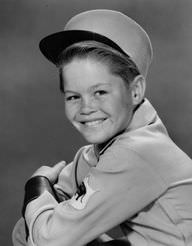 Title
Photo of Micky Dolenz under the name Micky Braddock as Corky from the television program Circus Boy.
Author
NBC/NBC Photo. I believe the photographer's full name is Elmer Holloway, as he did quite a bit of still photography for NBC.
Source
http://commons.wikimedia.org/wiki/File:Micky_Dolenz_Braddock_Circus_Boy_1958.JPG
License
Public domain

Micky Dolenz's birthday is in 93 days

Where is Micky Dolenz from?